Book Direct with the Owner at Townsville Maritime Museum Limited with Broome Tourism in South Townsville, for all your Attraction and travel needs.

In 2001, the museum opened its doors to the public after a year of extensive refurbishment. With Commonwealth Centenary of Federation funding, the resulting 'ship complex' has attracted a great deal of community support. Located on the southern bank of Ross Creek, the boardwalk overlooks the Townsville motorboat and yacht club, while the entrance gate opens out onto Palmer Street's inviting coffee and restaurant strip.

The original museum was begun by the Seafarers Association to ensure the safe keeping of local maritime cultural history. It was located in the Pier Master's office between berths 4 and 6 at the Townsville port.

To allow for the expanding collection and ease of public access, in 1992 the building was picked up, loaded onto a house-moving trailer and driven down the road to where is standstoday. This was made possible through the generosity of the community and the Port of Townsville, who remain the museum's major sponsors.

Following the arrival of the Bay Rock lighthouse a short time laterm the new 'Seafarers' Gallery was opened in 1994. The museums continues to grow.

The new complex opened in August 2001 and has attracted many local, regional and international visitors. 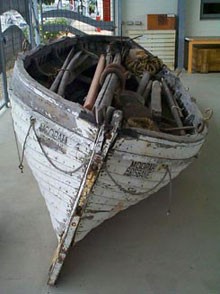 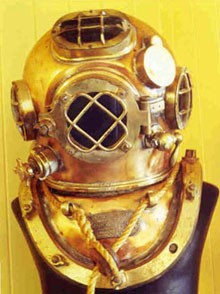 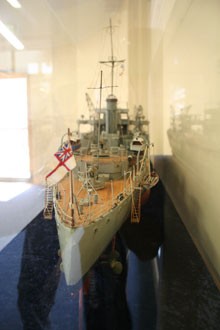 Is Townsville Maritime Museum Limited in South Townsville your property on Broome Tourism, please claim your listing and subscribe to update your contact details and receive your phone calls and emails from your clients.