About The Palace Hotel Broken Hill

One of the earlier 3 story buildings of Australia, built in 1889 and boasting one of the longest verandahs of its style in the Southern Hemisphere.

Its retro interiors are seen to be believed, with walls & ceilings covered in Renaissance and fantasy Australian landscape murals alongside original retro carpet.

The hotel has starred in films including the famous ‘Priscilla Queen of the Desert’. 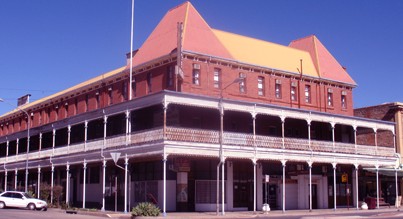 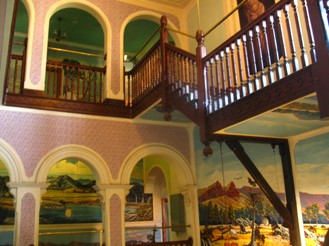 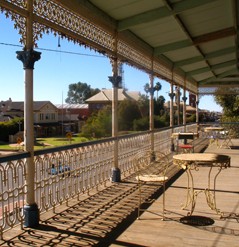 Broome Tourism welcomes The Palace Hotel Broken Hill, the ideal Broken Hill NSW Holiday outlet for all the family to enjoy. We have made sure that we have thought of everything you would expect from your vacation with many features, click on the email or phone now button to get in touch with the owner.

Is The Palace Hotel Broken Hill in Broken Hill your property on Broome Tourism, please claim your listing and subscribe to update your contact details and receive your phone calls and emails from your clients.